Kale, commonly known as leaf cabbage, is a popular vegetable. It is a leafy green vegetable and belongs to the cultivars group of plants. It has big edible leaves and is also used as ornaments. Its tender leaves can be eaten raw or used in recipes.

Kale has many health benefits that can improve your well-being. For starters, It is among the most nutrient-dense vegetables as it is low in calories and has a high fiber content.

Furthermore, it improves your digestion and is recommended for people suffering from digestion disorders. It is rich in iron, which is important for the formation of hemoglobin, thus promoting healthy blood clotting.

Kale grows close to the ground. It is ready for harvest when it has developed a dark green shade. While not many problems are associated with kale planting and growing, white spots on its leaves is a common problem faced by many landscapers.

White spots on kale leaves are a sign of powdery mildew. For those who do not know, it is a fungal disease that affects many plants all over the world, including kale.

While it is not as harmful to humans, it is an unattractive nuisance nevertheless. When affected, the leaves turn white, which completely ruins the look of your kale plant.

So, why do white spots appear on your kale leaves, and how to get rid of them? In this article, we intend to discuss common reasons and solutions for white spots on kale leaves. Let’s begin!

Below are some reasons why your kale leaves may develop white spots. 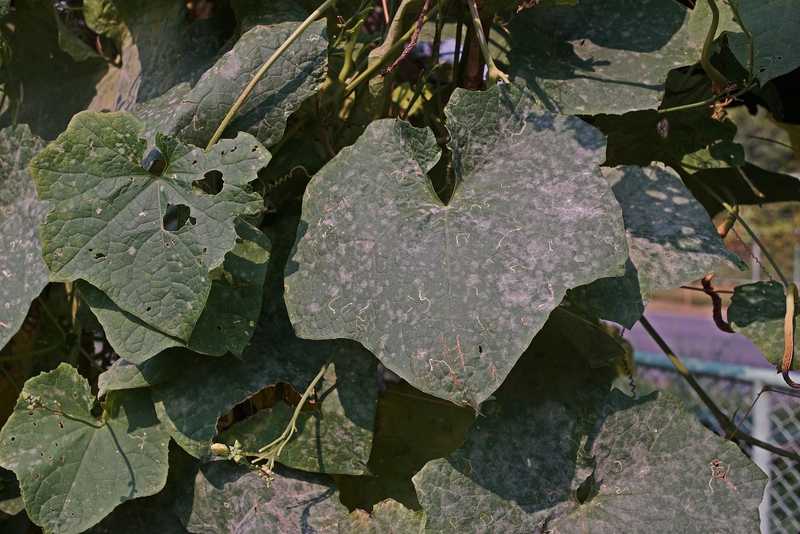 Fungi is the most common reason for white spots on kale leaves. If your kale leaves have turned white recently, the chances are that you are dealing with a fungus.

Cercosporin fungi are the fungi that cause powdery mildew. It is also known as leaf blight and often targets the weaker and older leaves of the plant that are close to the soil.

The thing with the powdery mildew is that it starts with little white dot-like spots on the leaf surface. If not treated in time, it will spread over the leaf, and eventually contaminate the entire plant. And yes, it does not develop in any specific pattern. It may not look like a big deal at first, but it keeps getting bigger and ultimately affects the entire kale plant. 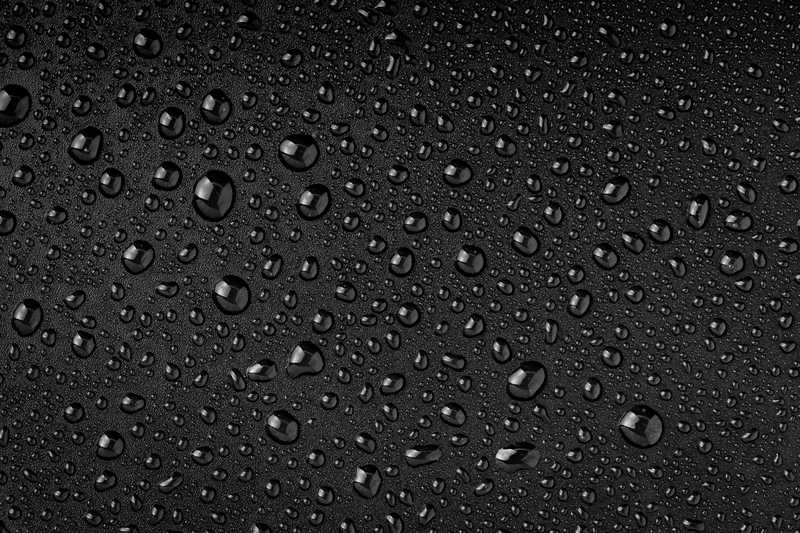 Powdery mildew usually develops during rainy seasons when there is a high humidity percentage in the atmosphere. Water droplets keep building up on the leaves, causing fungus.

It’s no secret that fungi are a threat to plants across the globe. The attack starts with inoculation when a flying fungal spore lands on the surface of your kale leaves.

Most fungi discharge an adhesive substance, which is why fungi hold on firmly to the kale leaves. In most cases, the adhesion is so firm that even heavy rain does not disturb it.

In the next step, the fungi take up water, and a germ tube emerges. This gives birth to fungus, which spreads all over the leaf to gain nutrients. This is how fungi attack your kale leaves and spread in no time.

To prevent the powdery mildew, it is recommended to cut off a few branches of your kale plant. As mentioned earlier, fungi flourish in humid conditions.

So, if there is “overcrowding” and your kale plant is surrounded by other plants, you will need to prune them to keep the environment dry and ensure proper airflow throughout the leaves. 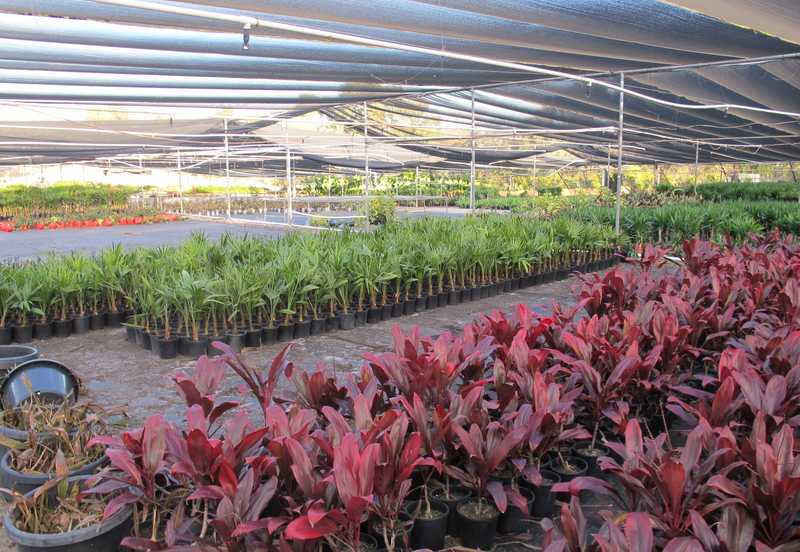 It would be a good idea to plant the kale plant in a place that receives direct sunlight. This is because the fungus usually attacks shady areas. If you are worried that high temperatures may damage your kale leaves, consider installing a shade cloth.

That will filter just enough amount of sunlight your plant needs for growth and protect it from powdery mildew.

In addition to that, if you notice that some leaves of your kale plant have grown white spots, consider cutting them immediately. Regardless of what plant you have, you must cut the affected leaves to prevent fungi from affecting the rest of the plant.

Make sure to check both the top and bottom sides of all the kale leaves. Sometimes, the leaves may appear fine from the top, but they may have white spots on the bottom. And yes, once you have cut them off, put them in a bag and dispose of them properly, or else they may reinfect your plants later.

So, what to do if your kale leaves are affected by fungi? The good news for you is that there are many simple solutions to this problem, and most of them can eliminate in 48 hours. Here is what you need to do to get rid of white spots on your kale leaves:

Neem oil is the most effective product to get rid of powdery mildew. Make sure to dilute it with water first and then spray it on the leaves directly. Instructions are usually given on the package, so consider going through them before applying it.

If you are using it for the first time, it would be better to apply it to a few leaves only. This way, you will have an idea of how it works. If it harms your kale plants, consider using a milk solution.

For this purpose, fill a spray bottle with water and add some milk to it. Then, give it a shake and spray it on your leaves. You may need to repeat the process for a few days. Once done, it will likely eliminate powdery mildew. 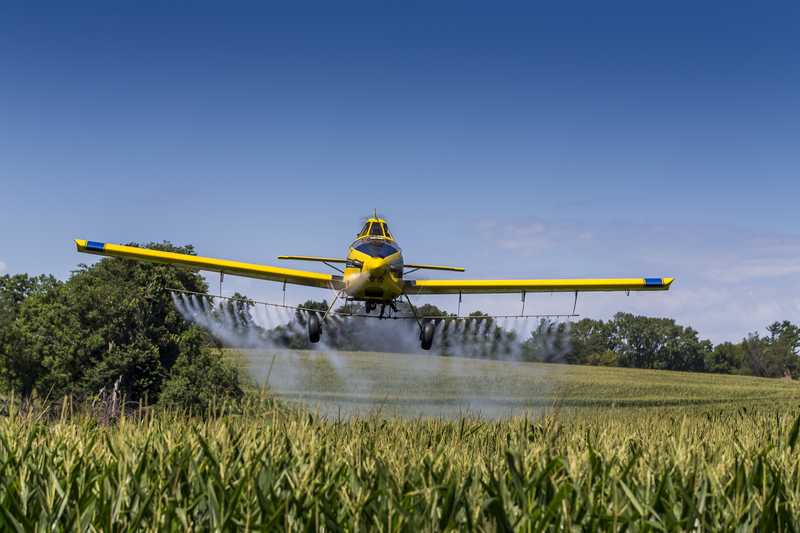 Apart from fungi, various insects can also cause white spots on your kale leaves. It is usually caused by whiteflies. These insects like to stay in crowds and usually attack the bottom side of the kale leaves.

Not only do they cause white spots, but they also suck the sap from kale leaves. Therefore, if your kale leaves are attacked by whiteflies, causing weakness in plants.

If that’s the case, using pesticides is an effective way to control powdery mildew caused by insects. So, get an insecticide from your local superstore and apply it to the kale leaves to get rid of the whiteflies. 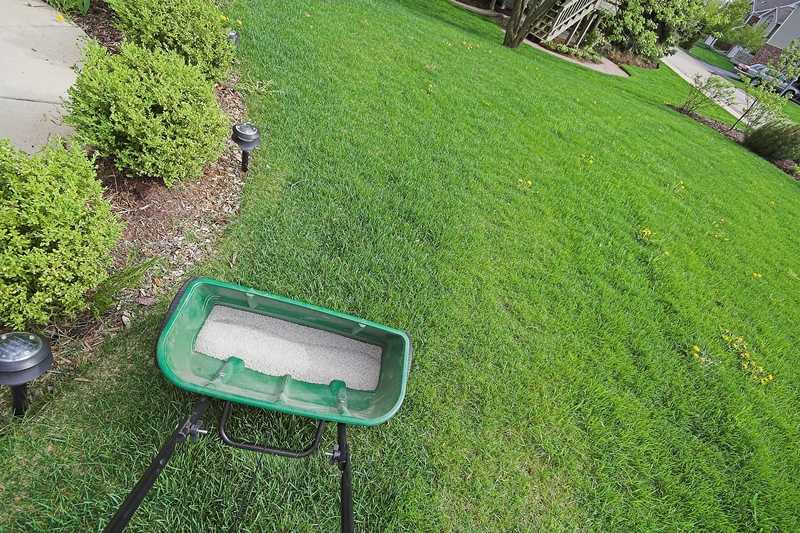 White spots might be a symptom of weakness in your kale plants. In such cases, the soil does not have enough nutrients for the ideal growth of plants and leaves. Like all other plants, kale plants also require certain nutrients for growth, and if the soil lacks them, it may lead to white spots on kale leaves.

Kale is a cultivar vegetable widely grown worldwide. It has big edible leaves, which may develop white spots as a result of powdery mildew. We have outlined several causes and solutions to remedy the white spots problem in this article.

It is caused by fungi, insects, and insufficient soil nutrients. Older leaves closer to the soil are more susceptible to this disorder.