Taking care of the plants in your garden is extremely challenging as you’ve to keep an eye on the soil nutrition and proper watering. In addition, people have to be vigilant about pest infestations to prevent plants from dying.

Similarly, many homeowners are concerned about the presence of dirt mounds in the yard, so let’s see what they are!

What Is Making Dirt Mounds in My Yard?

It’s common for people to just flip the soil whenever they see dirt mounds to freshen it but it’s important to understand the reason behind these mounds to prevent plant damage. There are different causes of these dirt mounds, such as; 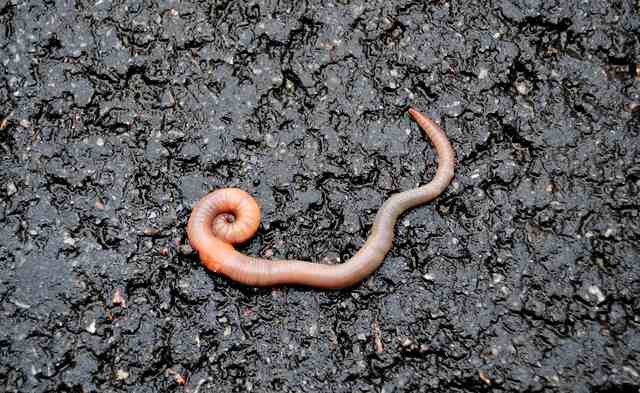 The earthworms are famous for tunneling their way through the lawn soil. So, if the dirt mounds in your yard are small, there are chances that you have earthworms.

In most cases, the earthworms have a positive impact on the soil because they flip and aerate the soil. In particular, when earthworms pass through the soil, they create small air spaces, which helps with soil aeration. As a result, water, nutrients, and fresh air reach the roots, promising better plant growth.

These dirt mounds are created as these earthworms move across the soil and drop feces on the soil. The dirt mounds created by earthworms have a slimy texture. These feces are extremely beneficial for the soil as they have a high organic content, which works as lawn manure.

The burrowing animals like moles tend to burrow through the soil and create dirt mounds at the beginning of the tunnel networks. The moles are smaller as compared to gophers but they can cause severe damage the soil. In particular, the moles create dirt mounds by burrowing and digging tunnels below the surface.

In most cases, they riddle the garden with dirt mounds and holes in the quest for food. The dirt mounds created by moles have a volcano shape and you will see raised trails in the garden. Moles create dirt mounds during early summer, fall, and spring because moles live closer to the garden soil during this season. 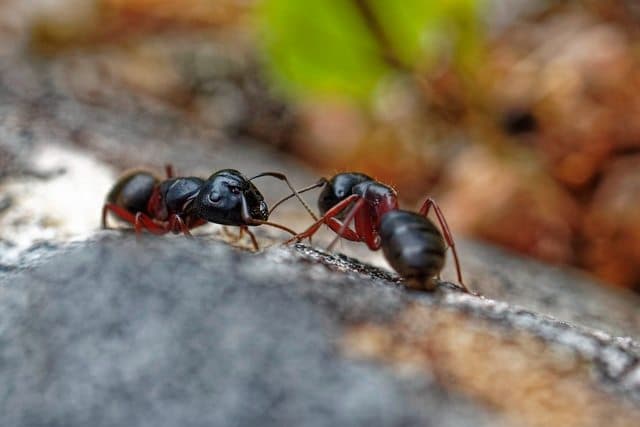 Ants are commonly found in the yards and gardens as they help decompose the fallen leaves, which helps make the soil more nutritious. However, ants can also create dirt mounds.

The dirt mounds created by ants are a few inches tall and have irregular shapes. In addition, these mounds won’t have a visible entrance, which is the biggest indicator that you have an ant infestation in the yard.

The ants create dirt mounds by bringing soil to the top of the soil from the tunnel or nest that they have created underground. Moreover, the smooth and fluffy texture of the dirt mounds also means that ants are the culprit.

Usually, the ants create dirt mounds after heavy rains. To get rid of ants, it’s recommended that you plant mint or lavender as their strong scent helps keep the ants away or you can sprinkle wet coffee grounds on the soil. 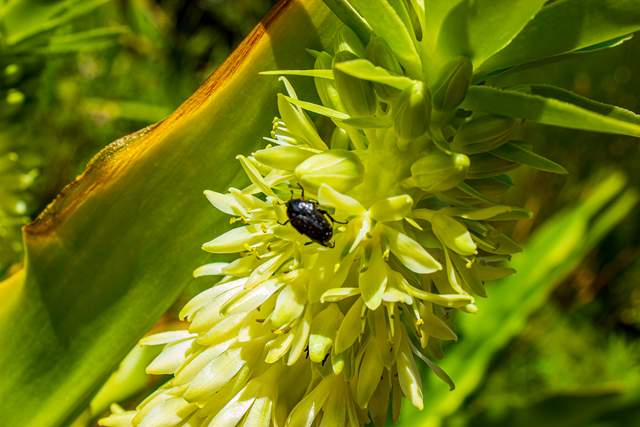 The African black beetles do damage during the larva stage, so if the dirt mounds appear on the lawn during early spring or mid-fall, they are caused by beetles.

In particular, the African black beetles create a tunnel under the soil to look for immature shorts and chewy grassroots, and in the process, they create dirt mounds. 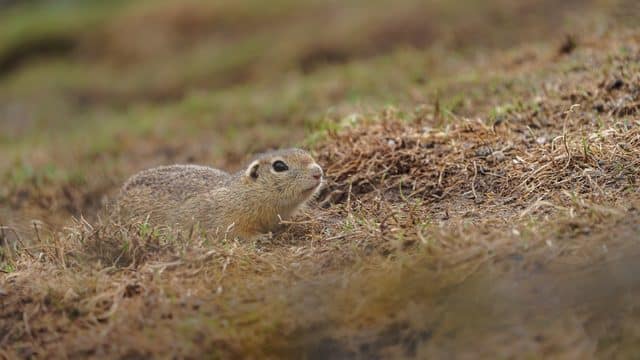 The gophers are also burrowing animals and can create dirt mounds. The dirt mounds created by gophers are shaped like horseshoes or crescents if you look at them from above.

In addition, the entrance hole is plugged. One gopher can create multiple dirt mounds in a day and tend to make mounds in moist areas of the yards, such as flower beds. In addition, excessive grub in the yard can also cause this issue. 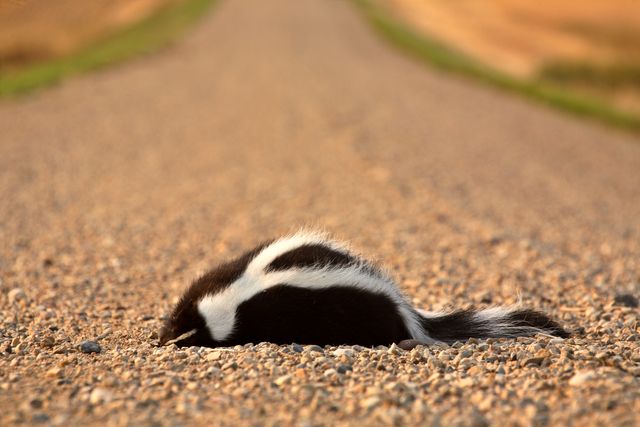 The skunks can also create dirt mounds in the yard. They create two types of mounds, such as bigger burrows for sleeping and smaller holes to find food. The small holes look like dirt mounds as they are shallow and are only a few inches in diameter.

The skunks create these mounds to find the larvae, which is their primary source of food. Also, they create holes in a group. The most common indicator of dirt mounds created by skunks is the pungent and distinctive odor.

The digger bees tend to live underground as they create tunnels under the soil, especially where the grass is sparse to create the nests. These dirt mounds appear during the early spring season.

Getting Rid Of Dirt Mounds In The Yard

The dirt mounds are a tripping challenge as they ruin the aesthetics of the ground and the best way to get rid of these mounds is to eliminate the animals or insects that are causing them. In most cases, people use chemicals to eliminate the insect and burrowing pests but they can also kill the beneficial bacteria in the soil. 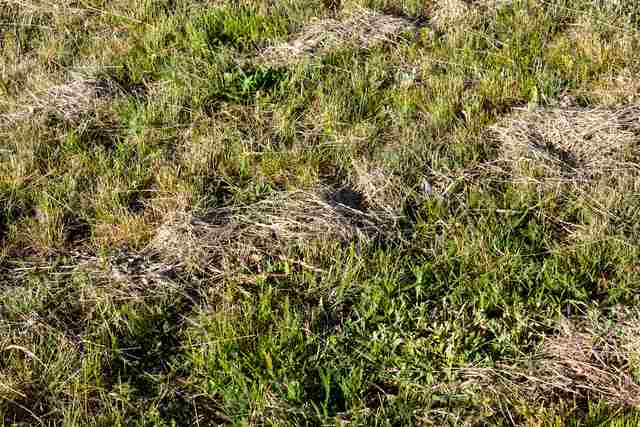 If the dirt mounds are created by earthworms, we recommend that you rake the yard to kill them and raking also helps spread the nutrient-based castings all over the yard, promoting grass growth. 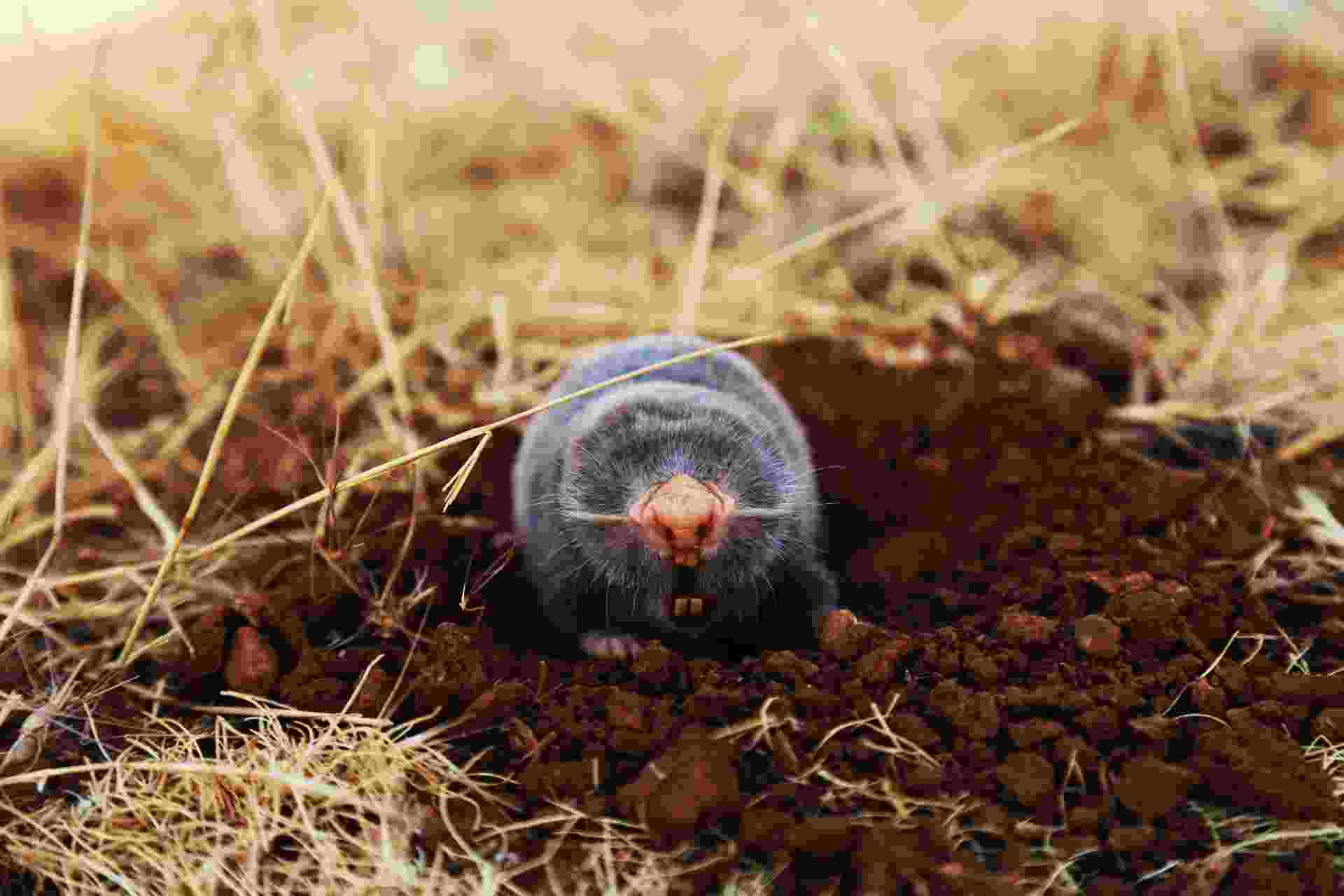 If the dirt mounds are produced by moles and gophers, you need to use traps or flush them with water. In particular, we recommend that you feed gophers the poison bait.

The majority of gopher baits are single-feed and must be used underground as they are toxic to kids and pets. It’s recommended that you place the gopher baits in the main tunnel rather than lateral tunnels.

On the other hand, if you want to use water to flush out the moles and gophers, we recommend that you use a high-pressure water pipe and flush the dirt mounds. Flushing these mounds will kill the majority of moles and gophers. 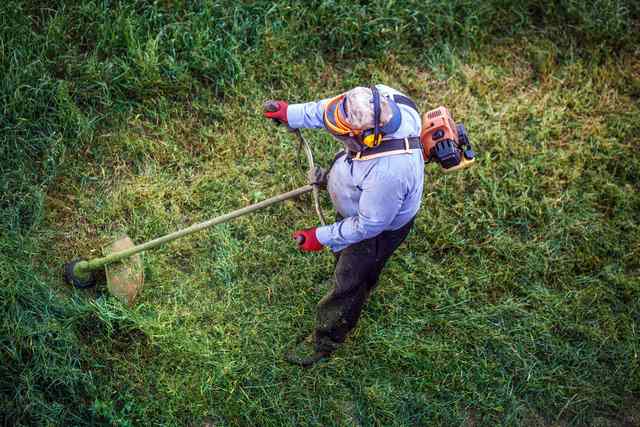 Another method that you can try to clear moles and earthworms from the yard is to cut the grass. This is because these insects and pests hide in long grass and start creating tunnels. For this reason, we recommend that you cut the grass regularly to make sure they don’t have a place to hide. 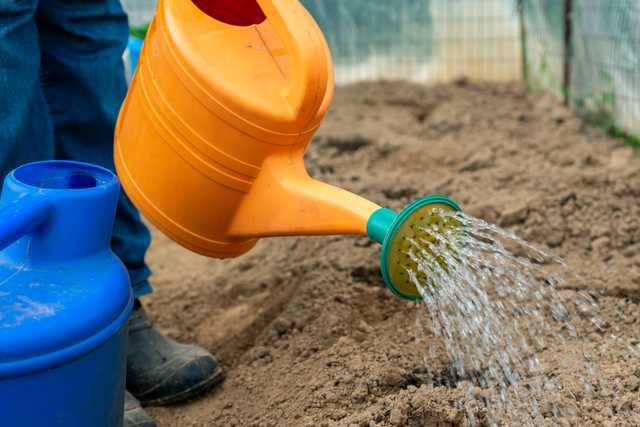 The moist soil can attract earthworms, which is why we recommend that you water the yard only when the soil is fully dry. In addition to watering less frequently, it’s recommended that you check the drainage, especially if you live in an area with frequent rainfall.

The dirt mounds can ruin the aesthetic appeal of the yard, which is why it’s important to find the root cause and clear it to prevent the repetitive development of dirt mounds.

The mounds created by earthworms are encouraged as they help add nutrients to the soil but make sure you rake the yard after a few days to clear the mounds and ensure consistent distribution of earthworm feces.

However, if dirt mounds are created by insects or animals other than earthworms, you must eliminate them to prevent soil and plant damage.

1 thought on “What Is Making Dirt Mounds in My Yard? (Answered)”